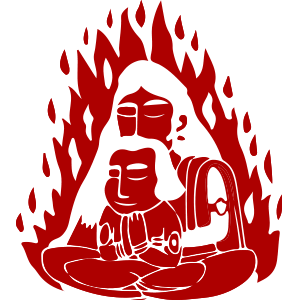 Holika Dahan is a significant and integral aspect of the Holi festival which is celebrated with much fervor in almost every part of India.

Holi celebration takes place in the month of March and lasts for two days.

The first day is observed and celebrated as Holika Dahan which is also known as Choti Holi, Kamudu Pyre or Jalane Wali Holi. It is celebrated by lighting a bonfire which symbolizes burning of Holika, the demoness.

This festival marks the death of devil Holika by Lord Vishnu in order to save his devotee, Prahlad.

The burning of Holika Dahan pyre should always be done during Pradosh Kaal when Purnimasi tithi is prevailing.

Bhadra comes during the first half of Purnimasi and this is the time when all sorts of auspicious work should be avoided.

Holika Dahan Shubh Muhurat is decided on the basis of the prevalence of Bhadra tithi.

Holika Dahan is a festival that marks the victory of good over evil owing to the legend that is associated with it. Holika Dahan story is about the triumph of the honest and the good despite the evil being strong and powerful.

As the legend has it, King Hiranyakashipu got a boon from Lord Brahma that he cannot be killed by man or animal, in day or in night, inside or outside and neither with any ammunition. This made the king arrogant and he ordered everyone to consider him as God and worship him.

However, his son Prahlad outrightly refused as he was a Vishnu devotee and continued worshipping Lord Vishnu.

This infuriated the King and he asked his sister Holika to kill him. Holika had a boon of being immune to fire. So she sat in a bonfire with Prahlad on her lap in order to kill him. However, Lord Vishnu killed Holika as she burnt herself and Prahlad came out of the fire alive without even one scar.

The faith in the almighty was restored as evil was destroyed and the virtuous won. This is why this festival holds immense religious reverence for Lord Vishnu devotees.

The celebrations and preparation of Holika Dahan begin days before the actual festival. People start gathering combustible material, wood and other necessary things to prepare the pyre for the bonfire.

Some also put an effigy on top of the pyre which in a way symbolizes the devil Holika.

On the eve of the first day of Holi celebrations, the pyre symbolizing Holika is lit signifying the destruction of evil. People sing and dance around the bonfire. Some also do ‘Parikrama’ around the fire.

Holika Dahan is the most significant part of Holi celebrations which is followed by Dhulandi the next day. It is celebrated with a great deal of enthusiasm and brings people of all cultures together.