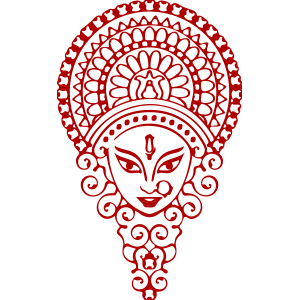 In the Hindu rituals, Navratri is a holy festival celebrated twice a year with full zeal. It is nine-days festivity that is celebrated all over India to honour Goddess Durga in her various forms.

Largely known Navratras are Sharada and Chaitra Navratri, which are celebrated in different ways in different regions.

What is interesting about Navratri is the lesser known fact that the Hindu scripture mentions four types of Navratri.

Sharada Navratri, Chaitra Navratri, Magha Navratri and Ashada Navratri. The widely celebrated ones are Sharada and Chaitra navratri while the other two are known as Gupt Navratri or Hidden Navratri.

When is Gupt Navratri Observed

The Ideology Behind Gupt Navratri

Secret rituals are performed during Gupt Navratri where goddess is worshipped with the help of secret sadhna to please 10 forms of Goddess Durga during this time.

It is believed that devotees can fulfill all their wishes during this festival by worshipping the goddess but the rituals need to be kept a secret as the success of the pooja depends on the amount of secrecy behind it.

The mantras chanted during this auspicious occasion are a narration of the origination of Goddess Durga and how the powers of all the Gods were manifested in her to fight the demon Mahishasura, and her victory over the evil powers of the world.

During Gupt Navratri, believers of the tantra mantra sadhna, observe fasts and perform other rituals just like the normal Navratri along with their secret tantric activities.

Gupt Navratri, also known as Gayatri Navratri is celebrated during the Ashada month of Hindu calendar which generally falls between June-July. The main method of placating goddess Durga during this 9-day observance is by enchanting the powerful invocations of goddess along with the mantras of tantra vidhya.

The most famous mode of worship during Gupt Navratri is Tantric vidya which includes propitiation of goddess Durga to gain wealth, wisdom and prosperity.

Gupt Navratri is also performed to ward off the devil forces with the help of the maha mantra of “ॐ ऐं ह्रीं क्लीं चामुंडायै विच्चे।”, which is deemed powerful for relieving the fear of evil from the hearts of the devotees.

It is believed that the secret prayers offered to Goddess Durga during Gupt Navratri in the form of powerful mantras and gupt vidya of tantra and tantric practices help the devotees to gain special powers to fulfill all their wishes and desires.