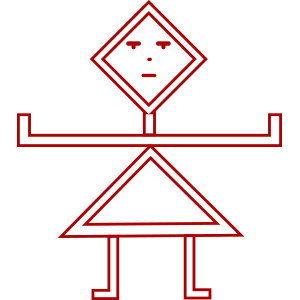 Gauri Tritiya, popularly known as Gangaur, is celebrated extensively in parts of Rajasthan, Gujarat, Madhya Pradesh and Haryana. Gangaur festival is a 18 day long festival that begins on the first day of Chaitra month. Gangaur Puja is dedicated to Lord Shiva and Goddess Parvati and is a Hindu festival that celebrates marital happiness. ‘Gana’ means Shiva and ‘Gaur’ means Parvati and this divine couple is worshipped by all the womenfolk on this day for long life of their husbands. This day is also known as Saubhagya Teej.

When is Gauri Tritiya (Date & Time)

According to Hindu Calendar, this year Gauri Tritiya or Gangaur will be celebrated on Chaitra Shukla Tritiya.

In Hindu culture, the importance of Teej is immense. It is a day that celebrates the marriage and love between Lord Shiva and Goddess Parvati. It is believed that only after days and months of separation did Goddess Parvati reunited with Lord Shiva. Married women perform Gauri Puja and pray for their husband's long life and marital happiness whereas unmarried women pray to Goddess Parvati for an ideal life partner. Devotees who celebrate and observe Gauri Teej are said to be blessed with happiness, prosperity and longevity.

The rituals associated with Gauri Puja and Gangaur festival are full of colors, vibrance and reverence. The celebrations for Gauri Teej begin from early morning hours when women take shower and get dressed in traditional attires to perform Gangaur Puja. The ash of Holika Dahan and mud are mixed and then grains of wheat and barley are sowed and watered for 18 days till the culmination of Gangaur Festival. Women observe fasts on this day and pray for their husband’s long life. On the last three days of Gauri Tritiya or Gangaur, preparation of their departure commence. Gauri and Isar are made to wear bright traditional attires and then during an auspicious hour, married as well as unmarried women place the idols of both the deities and take out a colorful and beautiful procession in a garden or a step well. Women sing Gangaur Geet related to the departure of Gauri to her husband’s house. On the final day, images of Gauri and Isar are put in a water tank or well. This marks the conclusion of Gangaur festival.