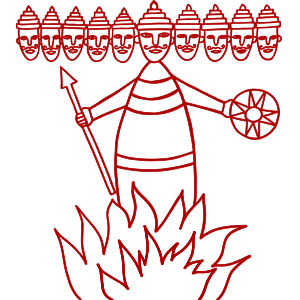 Dussehra 2022 -which in India is also known as Vijayadashmi or Dasara festival is a popular Indian festival. This day marks the completion of the 9-day long Navratri celebration. According to the Hindu calendar, Dussehra festival falls on ‘Dasa’ or the tenth day in the Hindu month of Ashvin. It is a full moon day i.e. Poornima and falls majorly in the month of September or October.

Dussehra 2022 festival is joyously celebrated for varied reasons in every part of the country. It holds a distinct significance for various sections of Indian society. In Northern and Western India, it is observed to commemorate the victory of Lord Rama over Ravana. The demon Ravana was killed by Lord Rama for abducting his wife Sita after a 10-day long battle. In Eastern India, this festival marks an end to the glorious 'Durga Puja' festival where the victory or 'Vijaya' of Goddess Durga over the demon buffalo to reinstate Dharma is revered and remembered.