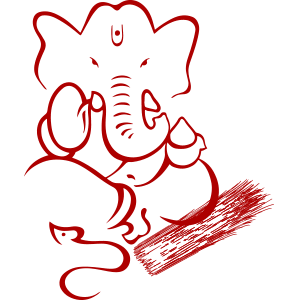 The festivity is observed on the eighth day (Ashtami) in the month of Bhadrapada during the Shukla Paksha. The festival of Durva Ashtami falls in the month of September or August as per the Gregorian calendar. According to the Hindu Mythology, the devotees who observe this religious festivity with true devotion are bestowed with peace and prosperity in life.

It is celebrated with much enthusiasm and joy in the various eastern regions of the country and mainly in West Bengal. In Bengal, the festival of Durva Ashtami is celebrated in the name of ‘Durvashtami Brata’. The devotees also perform a Durva Ashtami Vrat in order to please the deities.

You can check the Choghadiya, to know the auspicious timings to observe the Puja

What is the significance of Durva Ashtami?

Durva is regarded as a sacred grass. The term has been derived from two particular words duhu and avam. Durva brings the pavitraks (pure spiritual particles) of the deity closer to the observers. There are three blades in the Durva grass which denotes the three key principles of primal Ganesha, primal Shakti, and primal Shiva. As per the Hindu mythology, Durva possesses the power to attract the Ganesha principle that represents the reason behind the significance of offering Durva grass to Lord Ganesha. Usually, in almost all the Hindu rituals, the tender shoots of Durva are used. The tender shoots possess the ability to absorb the various principles of the deities which are there in the dew drops that fall on the leaves. The worshipper gets benefited with this.

What is the story of Durva Grass?

As per the Hindu belief, there was a demon named Analasura who created havoc in the heavens. He used to let out fire from the eyes and kept on destroying whatever comes in between his way. All the deities visited Lord Ganesha to seek his help and support. Ganesha assured them that he will restore peace and happiness by killing Analasura. During the fight, Analasura attacked Lord Ganesha with fireballs. At that particular moment, Ganesha revealed his ‘viraat roop’ and then gulped Analasura. Because of this, Lord Ganesha started feeling restless as a lot of heat generated in his body. Seeing this, Moon God came to help Lord Ganesha and stood on his head. Since that day, he is also popular with the name of Balachandra. Lord Shiva tied the cobra around the belly of Ganesha, Lord Vishnu give the Lotus to lower the heat, but nothing worked. At last, few sages placed 21 Durvas on the head of Lord Ganesha. With this, suddenly all the heat vanished. Thereafter, Lord Ganesha proclaimed that the devotees who will worship him with Durva grass will get his blessings along with happiness, peace, and prosperity.

In the Hindu belief, Durva grass holds religious significance as it signifies prosperity. According to the legend, it is believed that Durva grass emerged from the hair of Lord Vishnu. During the time when Lord Vishnu was supporting the mount Mandara during Samudra Manthan, the few strands of hair fell down from the arm of Lord Vishnu and turned into Durva grass. After the conclusion of the Samudra Manthan, when all the Devas and Asuras were carrying ‘Amrit’, few drops of it fell on the Durva grass and thus it became immortal and auspicious.

What are the rituals performed during Durva Ashtami?

The various rituals performed during Durva Ashtami are primarily done by women.

On the eve of Durva Ashtami, the devotees must donate clothes and food to the Brahmins as it blesses them with good fortune and immense wealth.