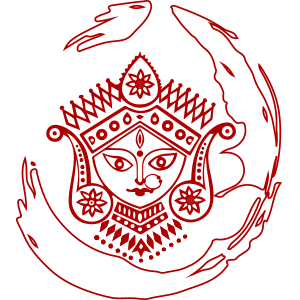 2023 Durga Visarjan is a religious festivity that marks the end of the celebration of the 9 day long Navratri festival that comprises of invoking Goddess Durga and her various incarnations with a ritual of rigorous fasting as well as intense praying to seek her blessings. The observance of immersing the idol of Maa Durga in the river coincides with the celebration of Vijayadashami or Dussehra. Celebrated in the Hindu month of Ashvin, this Indian festival is celebrated zealously in the states of West Bengal, Assam, Odisha and in some parts of Bihar and Maharashtra.

The most auspicious and fortunate day of Dashami or Navami marks the observance of the ritual of Durga Visarjan. The festival is carried out with immense verve and zestful flair which marks the traditional practice of immersion. It denotes the beautiful conclusion of the festival which gratify the souls. Usually the festivity is performed during the early morning hours but Durga Visarjan can also be observed during the evening hours according to the Shubh Muhurat.

It is believed that on this day, Goddess Durga goes back to her spiritual abode, i. e. Mount Kailash. This is why this day holds immense spiritual significance for the devotees of Maa Durga. Some people even break their Navratri fast on this day.

Finally, the idol is immersed in water after a grand procession and devotees bid adieu to their revered Goddess with a promise and hope of worshipping Goddess Durga the next year. It holds a deep importance for Maa Durga devotees and is celebrated with much gusto and reverence in major parts of India.

Sindoor-Khela is another important tradition of this festival. Women put vermillion on each other and on Maa Durga and offer her sweets as a parting tribute. This tradition is also known as Thakur Boron. With this, women pray to Goddess Durga for the longevity of their husband's life and happiness of their family.