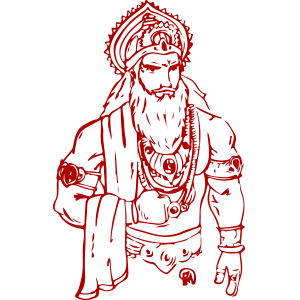 What is Bhishma Ashtami?

Bhishma Ashtami takes place at the time of Uttarayan which is the time when the Sun starts with its northward movement which is also the holy half of the year. Bhishma Ashtami is regarded as one of the most auspicious and fortunate days which signifies the death of Bhishma Pitamah. It was a day that was chosen by Bhishma himself to leave his body. Even after getting defeated on the battlefield, he remained on the bed of arrows waiting to relieve his body on the fortunate day of Uttarayan.

What Are The Other Names of Bhishma?

The original name of Bhishma was Devavrata which was given at the time of his birth. The other popular names of Bhishma were Bhishma Pitamah, Ganga Putra Bhishma, Shantanava and Gauranga.

What is The Significance of Bhishma Ashtami?

Bhishma Ashtami is considered as a very fortunate day which is highly favorable for performing auspicious activities. It is a vital day for eliminating the Pitru dosha by performing the necessary rituals. Even the childless couple keeps a strict fast and performs Bhishma Ashtami puja to get blessed with a son. The devotees believe that if they get the divine blessings of Bhishma Pitamah on this particular day then they are likely to have a male child who possesses good character and high obedience.

What Are The Rituals of Bhishma Ashtami?

How Bhishma Ashtami is Celebrated?

The celebrations of Bhishma Ashtami takes place in various regions of the nation. In all the ISKCON temples as well as in the temples of Lord Vishnu, grand festivity takes place in the honor of Bhishma Pitamah. In the states of Bengal, the devotees perform special rituals and puja on this occasion.

What are The Benefits of Performing Bhishma Ashtami Puja and Vrat?

What Are The Teachings of Bhishma Pitamah?

During the time when Bhishma was waiting to let the sun start its journey to the northern hemisphere, he gave some important and significant lessons to Yudhishthir. Some of his great teachings include the following:

What is the Bhishma Ashtami Vrat Story?

Bhishma was the eighth son of Goddess Ganga and King Shantanu whose original name was Devavrata which was given at the time of his birth. To make his father happy and for his sake, Devavrata pursued celibacy for life-long. Devavrata was primarily nurtured by Maa Ganga and was later sent to Maharishi Parshuram for attaining Shastra Vidhya. He acquired great fighting skills and learnings under the guidance of Shukracharya and became invincible.

Seeing the situation, Devavrata for the sake of his father gave away his kingship and took a vow to remain a bachelor throughout his life. Because of such resolution and sacrifice, Devavrata was revered by the name Bhishma. And his pledge was called as Bhishma Pratigya.

Seeing all this, King Shantanu was very much pleased with Bhishma and thus he bestowed him with a boon of Iccha Mrityu (to die only when he himself wished to die). During his lifetime, Bhishma gained huge respect and recognition as Bhishma Pitamaha.

In the battle of Mahabharata, he stood along with Kauravas and supported them all through. Bhishma Pitamah had taken a pledge to not fight with Shikhandi and not wield any sort of weapon against him. King Arjuna attacked Bhishma by standing behind Shikhandi and therefore Bhishma got injured and fell down on the bed of arrows.