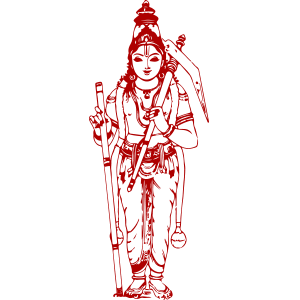 Balaram Jayanti is celebrated in diverse regions of India with different rituals and traditions. This festival is celebrated as Lord Balarama birth anniversary who is Lord Krishna's elder brother. In some parts of the country, it is celebrated on the day of Akshaya Tritiya while in various other regions, it is observed on the Shravan Purnima. While some devotees celebrate Balaram Jayanti in the month of Vaisakh which falls either in May of April according to the Gregorian calendar.

The festival of Balaram Jayanti is also famous as Lalahi Chhath or Shashti in some of the Northern states of the nation. The day is also celebrated in the name Randhan Chhath or Baladeva Chhath in Gujarat. Primarily, all the old and young Vaishnavas, men and women celebrate the eve of this joyous festival with much vigor and devotion.

Devotees should perform the Balaram Jayanti puja during the auspicious timings of the day. Puja performed on a Shubh Muhurat bestows maximum benefits on the devotees.

What is the significance of Balaram Jayanti?

As per the Hindu religion and Puranas, Lord Balarama was found to be the ninth incarnation of the Lord Vishnu. Lord Balarama was also the elder brother of Lord Krishna. He was very powerful and with his powers, he demolished Asura Dhenuka, the giant demon. As per a few of the Hindu scriptures, he is also considered the incarnation of the great snake God Aadi Sesha, the serpent on which Lord Vishnu used to sleep. Lord Balarama is believed to be the seventh child of Vasudeva and Devaki who has killed several demons and symbolizes power and strength. The people who worship Lord Balaram and celebrate the day of Balaram Jayanti, they are blessed with a good healthy life. The devotees who worship Lord Balarama and observe a Balaram Jayanti Vrat are bestowed with physical strength.

What are the rituals of the Balaram Jayanti Vrat?

Which are the famous temples where Balaram Jayanti is celebrated?

The temples in Ganjam, Punjab, and Puri are famous for the Balaram Jayanti celebration. Various other temples like Ananta Vasudeva mandir, Baladevjew mandir, and Baliyana mandir are few of the temples known for worshipping Lord Balarama and celebrating the Lord Balarama Jayanti with much joy and enthusiasm.