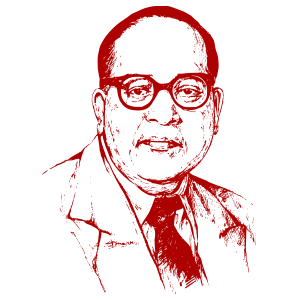 When is Ambedkar Jayanti Celebrated?

Ambedkar Jayanti is celebrated to commemorate the birth anniversary of Dr. B.R. Ambedkar. He was born on the 14th of April, 1891. In 2015, this day was declared as a public holiday across the nation.

The citizens of India celebrate the day with great fervor and zeal to commemorate and honor the efforts and contributions of Dr. BR Ambedkar in uplifting the Dalit community. He also gave India its Constitution as he was the core person responsible for framing the Indian Constitution. He fought and raised his voice for safeguarding the interest of the lower class people and was one of the leading social reformers of India.

In the year 1923, to improvise the financial condition of the people of the low-income group and to spread the awareness for the education he founded Bahishkrit Hitkarini Sabha. He also started a social movement against the ill-practices of casteism taking place in the country. There were a number of movements which were held by Dr. Bhimrao Ramji Ambedkar such as Anti-caste movement, Dalit Buddhist movement, temple entry movement, etc.

Also See: Why do we celebrate Gayatri Jayanti?

On the day of Babasaheb Ambedkar Jayanti, the followers carry processions in some specific areas of Mumbai. At the statue of Ambedkar, the President, Prime Minister of the nation, followers and public pay homage. At several places, institutes, schools, and colleges, various seminars are held addressing the social causes. In Varanasi, this day is observed with a great zeal where several quizzes, sports, academic and cultural activities take place on this particular day. At Baba Mahashamshan Nath Temple, the celebrations continue for a period of three days.

What Are Some Significant Contributions of Dr. B.R. Ambedkar?

There are several significant and noteworthy contributions of Dr. B.R. Amnbedkar such as:

On The Occasion Of Ambedkar Jayanti,

May All Of Us Learn From Babasaheb To Fight Against Oppression

And To Evoke The Spirit Of Self-confidence