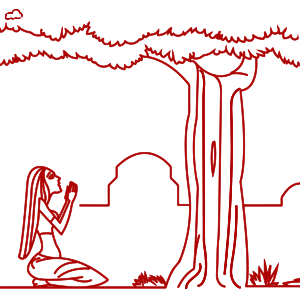 Akshaya Navami is regarded as one of the most significant rituals in Hindu culture. This festival is celebrated on the ninth day (Navami) in the Kartik month during the Shukla Paksha as per the Hindu calendar. According to the Gregorian calendar, it is celebrated either in the month of October or November. Any kind of charitable acts performed on the eve of Akshaya Navami benefits the observers in their present as well as future birth. The ritual is celebrated two days before the celebration of Dev Uthani Ekadashi.

As per the Hindu Mythology, it is believed that the era of Satyug initiated from the day of Akshaya Navami and thus the particular day is also known as ‘Satya Yugadi’. It is similar to Akshaya Tritiya as on this day Treta Yuga began so it is known as Treta Yugadi. For performing the various acts of Daan Punya, the day is considered as highly auspicious and favorable.

In several parts of the nation, the day is celebrated as ‘Amla Navami’ as Amla tree is regarded as the abode of several Goddesses and Gods and therefore is worshipped by the devotees. In the regions of West Bengal, the particular day is rejoiced as ‘Jagaddhatri Puja’ where the devotees worship Jagaddhartri, Goddess of Satta with keen devotion.

The devotees who take the Parikrama of Mathura-Vrindavan on this day are blessed with prosperity and happiness. To earn several benefits, a lot number of devotees gather from various section of life to perform the rituals.

What are the rituals of Akshaya Navami?

What is the significance of Akshaya Navami?

In the Hindu religion, the festivity of Akshaya Navami is considered as highly auspicious and significant. It is celebrated with utmost dedication and keen devotion. By offering prayers on this day, the devotees gcan fulfill all their wishes as well as also attain salvation or ‘moksha’. Making donations and charity are considered highly auspicious. The day is also recognized as ‘Kushmanda Navami’ as on this particular day Lord Vishnu had killed demon ‘Kushmanda’ and restricted the spread of Adharma in the universe.