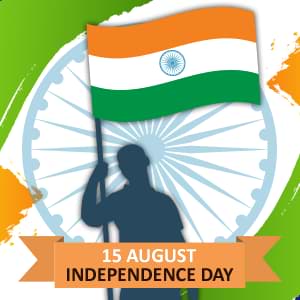 THE GLORY OF INDIAN INDEPENDENCE DAY

The Republic Of India attained its independence and freedom from the British rule on 15th August 1947. India unfurled its flag of freedom on this day and since then the date of 15th August holds a special place in every India’s heart. A national holiday, this day is celebrated with much fervor in every nook and corner of the country. People sing songs, narrate freedom stories and relish the freedom attained from the 200-year-old British dynasty.

For India, 15th August is regarded as its re-birth or a fresh start. The British Government handed the nation its final independence on 15th August 1947 to the Indian leaders putting an end to the struggle and fight that lasted for decades. On the historic date, 15th August 1947, the flag was hoisted on the Red Fort by India's first Prime Minister Pandit Jawaharlal Nehru.

Independence Day - The History Behind It

How Is Independence Day Celebrated?

All such celebrations reflect the togetherness and the unity amongst Indians, who never forget to thank and pay tribute to the sacrifices of the people who lay down their lives fighting for the independence of their motherland. India is a land of many such cultural and national festivals, and each festival is celebrated with loads of enthusiasm and spirit. 15th August is one such day which brings the entire country together to remember the times of trial in pre-independence era and to remind us of the value of the freedom we enjoy today.